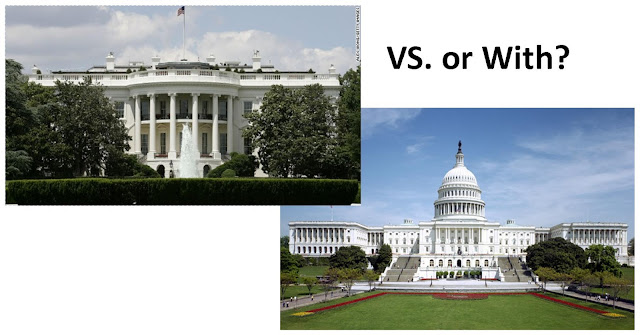 Trump ordered the surprise drone strike that killed Iranian Maj. Gen. Qassem Soleimani while he was in Iraq reportedly planning further terrorists’ acts against American personnel. Soleimani served as commander of the Islamic Revolutionary Guard Corps’ Quds Force and was considered one of Iran’s most powerful military figures and a possible successor to Iran’s current leader. He is the architect of Iran’s regional security strategy and intelligence chief who is believed to be responsible for the deaths of hundreds of American troops over the years,

I will neither praise Trump nor condemn him for ordering the strike. Surely the U.S. is better off with Soleimani dead. What is not known is what the repercussions of the killing will be. Iran will likely attempt to retaliate. Will it be less or more harmful than if the killing had not occurred? We will never know, as the intelligence community will probably not reveal what they knew about his plans, as doing so would have the potential of compromising some of our intelligence sources (aka “assets”). And, we will only know in the future what happens next, without ever knowing the counterfactual – i.e., what would have happened if Trump had not ordered him killed. So, good riddance but hold onto your hat!

The thrust of this blog post is to discuss the serious erosion of the separation of powers set out in our U.S. Constitution, under both Republican and Democrat Presidents and Congresses.

“The Supreme Court has ruled that the separation of powers is integral to the Constitution not to preserve the prerogatives of each branch of government, but to divide governmental powers among the branches so as to keep power diffused – and thereby limited and thus protective of personal freedom.” Judge Andrew Napolitano, Testimony before the United States. Congress. Senate. Committee on Homeland Security and Governmental Affairs. Subcommittee on Federal Spending Oversight and Emergency Management (2019). War Powers and the Effects of Unauthorized Military Engagements on Federal Spending: Hearing Before the Subcommittee on Federal Spending Oversight and Emergency Management of the Committee on Homeland Security and Governmental Affairs, United States Senate, One Hundred Fifteenth Congress, Second Session, June 6, 2018. Washington, DC: U.S. Government Publishing Office.  P. 39.
“Under the United States Constitution, war powers are divided. Under Article I, Section 8, Congress has the power to:
·         declare War
·         grant Letters of Marque and Reprisal (i.e., license private citizens to capture enemy vessels)
·         raise and support Armies (for terms up to two years at a time)
·         provide and maintain a Navy
·         make Rules for the Government and Regulation of the land and naval Forces
·         provide for calling forth the Militia
·         make Rules concerning Captures on Land and Water
·         provide for organizing, arming, and disciplining, the Militia; and
·         govern such Part of [the militia] as may be employed in the Service of the United States.
Article II, Section 2 provides that:
·         "The president shall be Commander in Chief of the Army and Navy of the United States, and of the Militia of the several States, when called into the actual Service of the United States" Wikipedia
In other words, the power to declare war resides in Congress, while the power to wage war is the President’s. If Madison was clear about anything in The Federalist Papers, he was clear that the war power is the most awesome power the government can wage, and it can only be reposed in the Legislative Branch.

However, in the 20th Century, it became clear that there were many actions against foreign adversaries that fell into a gray area – was an action “an act of war” which required a Congressional “declaration of war”? Or was it something that fell short? In response to Presidential actions that raised concerns, the War Powers Act was enacted on November 7, 1973.
“The War Powers Resolution (also known as the War Powers Resolution of 1973 or the War Powers Act) (50 U.S.C. 1541–1548) is a federal law intended to check the president's power to commit the United States to an armed conflict without the consent of the U.S. Congress. The Resolution was adopted in the form of a United States Congressional joint resolution. It provides that the U.S. President can send the Armed Forces into action abroad only by declaration of war by Congress, "statutory authorization," or in case of "a national emergency created by attack upon the United States, its territories or possessions, or its armed forces."
The War Powers Resolution requires the President to notify Congress within 48 hours of committing armed forces to military action and forbids armed forces from remaining for more than 60 days, with a further 30-day withdrawal period, without a Congressional authorization for use of military force (AUMF) or a declaration of war by the United States. The resolution was passed by two-thirds of each of the House and Senate, overriding the veto of the bill from President Nixon.” Wikipedia
The Constitutionality of the War Powers Act has never been firmly established. Neither has the ambiguity of actions that do not involve “introducing United States Armed Forces into hostilities or into situations where imminent involvement in hostilities is clearly indicated by the circumstances” that the Act addresses. The Act states:

“The President in every possible instance shall consult with Congress before introducing United States Armed Forces into hostilities or into situations where imminent involvement in hostilities is clearly indicated by the circumstances, and after every such introduction shall consult regularly with the Congress until United States Armed Forces are no longer engaged in hostilities or have been removed from such situations.” Section 1542

Reading the Act leads one to the conclusion that the drafters were thinking of “personnel” when they said “United States Armed Forces”, so, does the Act apply to drones piloted by soldiers stationed as far away as in the United States?

Nonetheless, previous practice by former Presidents has been to inform the members of the bipartisan Gang of Eight (the leaders of each of the two parties from both the Senate and House of Representatives, and the chairs and ranking minority members of both the Senate Committee and House Committee for Intelligence) about significant military operations.

“Under normal conditions, the President of the United States is required by Title 50 U.S.C. § 3091(a)(1) to "ensure that the congressional intelligence committees are kept fully and currently informed of the intelligence activities of the United States, including any significant anticipated intelligence activity as required by [the] title." However, under "extraordinary circumstances", when the President thinks "it is essential to limit access" to information about a covert action, 50 U.S.C. § 3093(c)(2) allows the President to limit reporting to the Gang of Eight.” Wikipedia

Trump’s failure to notify the Gang of Eight ahead of the drone strike has irked the Democrats. They stress the need for advance consultation and transparency with Congress was put in the Constitution for a reason, because the lack of advance consultation and transparency with Congress can lead to hasty and ill-considered decisions. They further claim that the drone strike occurred without any authorization or declaration of war from Congress,

This was not the first time Trump has kept top Democrats out of the loop before a major military action. His team declined to brief Democrats before the late October raid that killed ISIS leader Abu Bakr al-Baghdadi, citing concerns that the news would leak. Whether that “concern” is justified in the rancorous partisan atmosphere is uncertain. One would hope not, but . . . .

Whether the drone strike was legal involves whether the action was authorized under an AUMF, i.e., Authorization for Use of Military Force.

However, Judge Andrew Napolitano testified, “The AUMFs refer to either the Taliban or al-Qaida or their affiliated forces in Afghanistan or Iraq as targets, or to pursuing those who caused the attacks in America on 9/11 or those who harbor weapons of mass destruction. They are grievously outdated and inapplicable today.” Napolitano, P. 43.

So, the AUMFs cannot be a legal cover. The problem is, “Presidents have assumed that they can utilize military force if they think it is popular because the Congress will sit back and do nothing.” Napolitano, P. 4.

Congress needs to reestablish its Constitutional duty to provide proper oversight of the Executive Branch, whichever party holds that office, and should not abdicate its responsibility so the Congressional members can play politics with our national security.

We need to get back to the point that the President can trust the members of Congress not to release information given to them on a confidential basis and play politics with our national security. And, our members of Congress need to get back to their obligation to abide by and defend the Constitution, including the vital concepts of the separation of powers among our three branches of our federal government. The War Powers Act needs to be discussed by all branches and either firmly confirmed or judiciously amended to reflect current conditions. 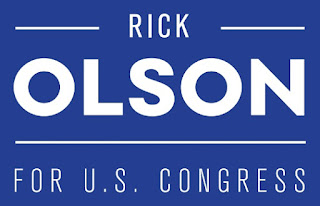 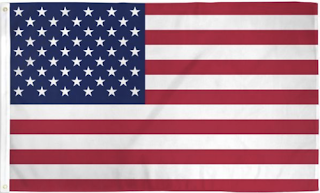