Showing posts from October, 2019
Show all

A Stark Warning about Our National Debt and Future Budget Deficits

Raise taxes on the middle class before it's too lateReprint from the Minneapolis Star Tribune, similar opinions published at https://finance.yahoo.com/news/raise-taxes-middle-class-too-110026024.html and https://feedimo.com/story/72393025/Raise-Taxes-on-the-Middle-Class-Before-Its-Too-Late/
This is going to be necessary even without the big ideas of the campaign.  By Michael R. Strain Bloomberg Opinion
OCTOBER 28, 2019 — 5:56PM
JIM WATSON • AFP

Sen. Elizabeth Warren, D-Mass., speaking about Medicare for All legislation in 2017.

We are in an Undeclared War, Whether We Like it or Not

We are in an Undeclared War, Whether We Like it or Not Rick Olson
October 28, 2019, edited November 1, 2019
A book review of “The Shadow War”, by Jim Sciutto (2019)
We are in an undeclared war with Russia and China, and to a lesser extent with North Korea and Iran. Sciutto calls it “the shadow war” or “hybrid war” because it is being waged by the combatants with tactics just below what would elicit a military response and sometimes in a combined cyber-attack along with a physical invasion. Russia mounted a major cyber-attack on Estonia, a U.S. ally and member of NATO, in 2007. Article 5 of the NATO Treaty states: “The Parties agree that an armed attack against one or more of them in Europe or North America shall be considered an attack against them all and consequently they agree that , if such an armed attack occurs, each of them . . . will assist the Party or Parties so attacked by taking forthwith, individually and in concert with the other Parties, such action as it deems necessary, i…
Post a Comment
Read more

Are "March In Rights" the Answer to the High Cost of Insulin?

On a new 2019 segments of Designated Survivor (Netflix), the problem of high cost insulin was solved by the application of “March in rights”. “March-in rights are rights granted to the federal government. These allow the government to grant patent licenses to other parties or to take licenses for themselves if they helped fund the patent owner's research and development. Such licenses can even be granted to competitors if the government deems it necessary. . . . March-in rights are outlined in detail under the U.S. Code, Title 35, Part II, Chapter 18, Section 203.” March-In Rights: Everything You Need to KnowHowever, march in rights have previously been used where the patent holder has not pursued the patent or not brought the product to market or otherwise made the benefits of the patent “reasonably accessible” to the public. The law has never been used to force a patent holder to reduce its prices. But could the law be so used? The courts have not ruled on this issue. Nonetheles…
Post a Comment
Read more

We hold in our hands our future. Our future is what we make it.

We hold in our hands our future. Our future is what we make it.
Once upon a time in a far off land, there lived a Wise Old Man.  People would gather around him in the town square to ask him questions, to learn from his wisdom.

The next day, the Prince went to the town square and amidst the crowd asked the Wise Old Man, "That which I hold in my hand, is it alive or is it dead?"  After pondering the question a mom…
Post a Comment
Read more

My Biography - The Perfect Life 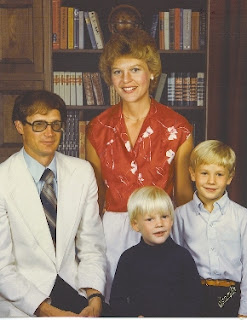 The Perfect Life By Rick Olson

My life has been blessed with numerous challenges that have honed my strengths which make me uniquely qualified to be your Congressman They have instilled in me the attributes of helpfulness, sense of contribution, courage, resiliency, optimism, determination, love for learning and personal growth, belief in the potential in all of us, etc. Here I will share some very personal tidbits about myself and what I learned from these experiences which may give you a better idea of who the kid inside Rick Olson really is.
I feel I need to tell you these stories to help you understand my background, for without your knowing these, my cold credentials on my resume would not appear to make any sense.
The Glass is Half Empty Perspective From one perspective, my life has not been easy. I have tried things and failed. Companies I have had major leadership roles in have failed, three in one eight year period at one point. I have been disappointed, grown impatient, and frus…
Post a Comment
Read more 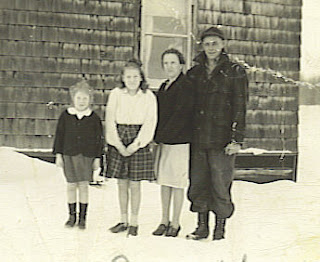 I was raised in a very rural area in the Upper Peninsula of Michigan, 17 miles south of Houghton and Hancock, out in the sticks, not far from Lake Superior. My dad died when I was two and a half months old, leaving Mom with six kids, with my oldest sister age 16.
We were raised on welfare until I was 17, as there were scant opportunities for work for Mom in the area. We owned our own home, a 24’ x 24’ story and a half structure, located on a 40 acre parcel. Our property was comprised primarily of scrub soft maple and aspen that sprouted after the big forest fires of the early 1900’s after the mighty White Pine were logged. We had no phone, no TV, and heated the house with two wood stoves. We got an indoor toilet when I was 6, but no indoor shower or bath. We warmed the sauna every Saturday and took a bath whether we needed it or not. (I am of Finnish descent, as all of my grandparents immigrated from Finland around 1900. My paternal grandfather, John Carl Drugge (the Swed…
Post a Comment
Read more
More posts