Facts Matter. How Do You Want to be Judged? 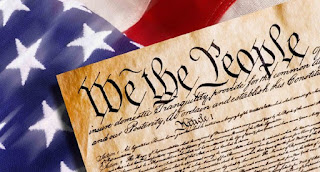 Facts matter. In the Impeachment process in Congress, the big question is whether there will be witnesses and additional documents permitted. For the trial in the Senate to be fair, all the relevant evidence needs to be presented, both for and against conviction, so that “the truth, the whole truth, and nothing but the truth” be known.

I want there to be a fair trial in the Senate. And, as a Republican, I want President Trump to put up a vigorous and credible defense. When this is over, the worst thing for Republicans is for the “trial” in the Senate to be viewed by the voters as a pure Republican cover-up.

In contrast to much of the secondhand testimony in the House proceeding that Republicans have criticized, Trump’s former National Security Advisor John Bolton and Acting Chief of Staff Mick Mulvaney both have firsthand direct knowledge of some of the critical events. The Democrats want very badly to see them testify, but chose not to litigate the White House refusal, due to the length of time the court challenges would take. If they are permitted to testify, with or without Trump’s permission, some Republicans want Hunter Biden and others, including the whistleblower, to testify (although I suspect that Chief Justice John Roberts will rule that their testimony is irrelevant to whether President Trump did what he did, but rather aimed to distract from the real issues).

On Thursday, every senator solemnly swore "that in all things appertaining to the trial of the impeachment of Donald John Trump, president of the United States, now pending, I will do impartial justice according to the Constitution and laws, so help me God."

Any Senator who already has decided which way to vote, either for conviction or against, is lying. They would be wise to consider Number 1 of the Rotary 4-Way test: “Is it the truth?”

In the end, regardless of whether or not the evidence is compelling in favor of conviction and removal, it remains unlikely that there will be 67 votes for removal. There might be enough votes for a motion to censure the President.

But it is important that the Senators do their Constitutional duty to judge the President impartially, and not based on partisanship. Eventually, all the truth will be known. History (and their grandchildren) will be the judge of their behavior, and for some Senators, I expect that they will be judged quite unfavorably. We will all be judged by our honesty and loyalty to the Constitution, not our loyalty to any person or party. How do you want to be judged?