The term “climate change” is an impersonal, ambiguous term, with negative impacts to “humanity” around the world. But on a recent trip to Tanzania in Africa I met some of the innocents who will be most affected by the increased droughts caused by the changes in climate resulting from increased human caused emissions of carbon dioxide.

On a 10 day biking safari to visit Ngorongoro Crater and the Serengeti, we camped in a school yard in a Maasai village west of Arusha, Tanzania. Three boys came to visit, and after giving them some treats, I took their photo with my phone. I showed them the photo, and a boy about 8 or 9 years old gestured to me he would like to hold the phone. So, I showed him how to take a photo with it and handed it to him. I also taught him how to take selfies and videos. Before long a group of about 15 kids were gathered around us, looking at photos he had taken, enlarging the pictures of some of the kids, all to gales of laughter. It was soooo much fun. Seeing how quickly he learned to use the phone, without our knowing a word of each other’s language, was such a kick. 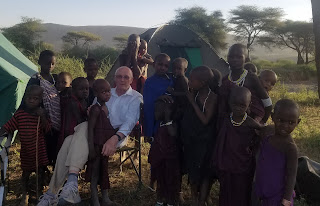 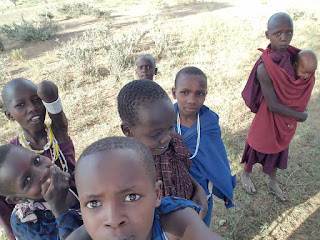 These Maasi kids live in a very dry area. The March-May “rainy” season had not produced a drop of rain by the time I left on March 23. These innocent kids and the rest of their tribe are the least capable of adapting to even drier conditions projected by the climate scientists than the desert they already live in, hanging on by a thread. Yet, we in the United States who are in the most wealthy of countries and have produced and continue to produce the most carbon dioxide can’t even agree that climate change caused by humans is real, much less agree on what to do about it.

As a Prior Lake Rotarian, we weekly recite the “4 Way Test”, of which the first two lines are: “Is it the truth?” and “Is it fair to all concerned?” As outlined in my guest article "Commentary: Acting on climate change can make difference" published in the Prior Lake American, February 27, 2019, I demonstrate that it is the truth that climate change is real and caused by humans burning fossil fuel. Is it fair that those least able to adapt to the negative changes bear the greatest impacts while we do nothing? I think not.

We are not helpless in mitigating the consequences of our past and present actions. There is a bi-partisan bill in Congress, “The Energy Innovation and Carbon Dividend Act”, H.R. 763, that is the least restrictive, market based, revenue neutral solution that is feasible, which would effectively cut carbon dioxide emissions by at least 40% in the first 12 years, and without heavy handed regulation. This is described more in my article "Commentary: We have options for climate challenge" published in the Prior Lake American, May 13, 2019.

For more information, go to https://citizensclimatelobby.org/ and https://energyinnovationact.org/ and join us in minimizing the damage to not only our economy and our lives, but that of the innocents in Africa and India who will be most affected.